What is pce based admixture

The full name of PCE is polycarboxylate superplasticizer. As a construction admixture, PCE is mainly used in concrete to reduce water consumption. Colleagues, some dry building powders will add PCE to increase the strength. Commonly used water reducers are surface active substances, which are composed of hydrophilic groups and hydrophobic groups. Because of their characteristics, the cement is more dispersed and has better fluidity when it is in contact with water.

YD-400 is a new generation of PCE water reducing agent. It is a solid flake, which is more convenient to transport than liquid, and can be mixed with water in any ratio. It will not delaminate and precipitate for a long time. 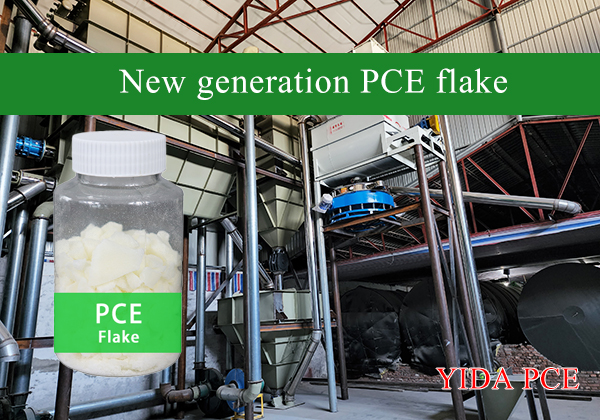 What is pce based admixture

In the construction of airports, bridges, ports and high-speed railways, in order to ensure the overall quality of the project, corresponding materials need to be used in the entire production process, and different materials can often achieve different functions. When reinforced concrete and prestressed concrete are used, polycarboxylate water reducing agent needs to be used. Polycarboxylate superplasticizers can be compatible with various cements, can prolong the construction time of concrete, have high water reduction rate and small shrinkage, and can greatly improve the early and late strength of concrete. 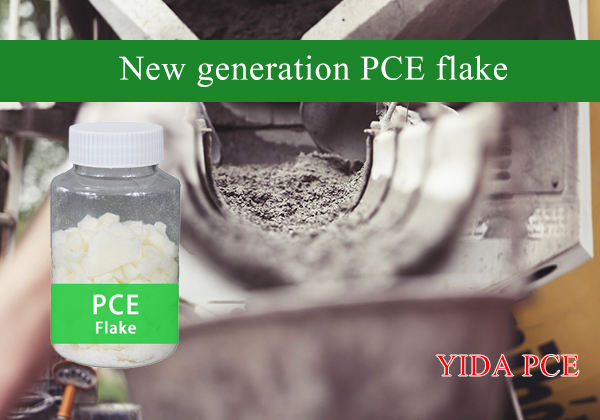 As an admixture, PCE mainly plays the following three roles in concrete:

The main manifestation is that after the cement is mixed with water, due to the action of the molecular gravitational force of the cement particles, the cement slurry forms a flocculation structure, which in turn affects the fluidity of the concrete mixture. However, after adding polycarboxylate superplasticizer, the flocculation structure can be destroyed, and part of the water that is encapsulated can be released to participate in the flow, which can effectively increase the fluidity of the concrete mixture.