The new PCE (flaky) produced by YIDA is a trans-generational product that surpasses ordinary powder PCE and liquid PCE. It has four main advantages:

2. PCE solution with any solid content can be configured, suitable for long-term storage.

3. High water-reducing rate, which can effectively improve the performance of concrete.

4. The price is cheap, and the comprehensive cost is lower than that of powder PCE. 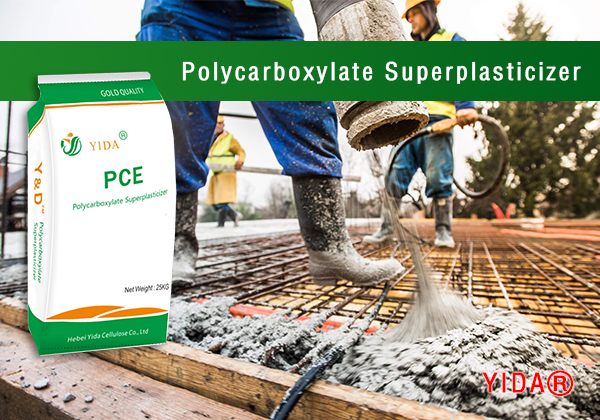 The popularization and development of PCE is because in many concrete projects, traditional high-efficiency concretes such as naphthalene series are more and more unable to meet engineering needs due to the limitations of technical performance. PCE can prevent the loss of concrete slump without causing obvious retardation, and has a high plasticizing effect at low dosage, and has good fluidity retention.

Generally, factories that produce PCE use the following two methods:

This method is mainly to synthesize the main chain of the superplasticizer first, and then introduce the side chain for functionalization by other methods. This method is difficult to operate, the molecular structure of the superplasticizer is inflexible, and the compatibility between the monomers is not good, making it difficult to operate. The use of this method has been greatly restricted.